The first 63 degree day after a long, snowy winter sounds like sheets of ice gliding across the lake, clinking softly and bubbling as they bump into each other.  It sounds like bikes whirring and feet slapping against the trails around the lakes.

It looks like ducks on water, squirrels scampering hurriedly from place to place, uncovering stashes of nuts. It looks like bare, pasty-white legs exposed for the first time in months, in constant movement under summer dresses and shorts.

It smells like outdoor grills wafting delicious smells down the street, like fresh air whispering through open windows.

It tastes like hamburgers, broccoli salad, a glass of crisp pinot grigio on the patio.

It feels like a warm breeze, like the earth shaking off the cold and embracing the sun. 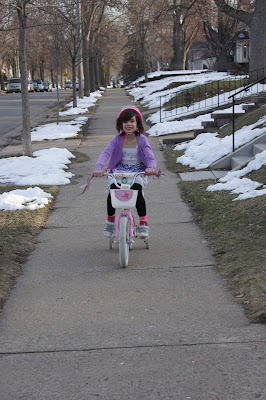 Weird-Ass Weather that Makes Me Curse

Who wants to read a blog post about weather? Not me. What a boring topic.

But this "spring," we have had nothing but winter, which makes this weather blog worthy to me.

While friends in Washington D.C. are posting photos of cherry blossoms, and my cousin who moved to NYC this spring is posting beautiful photos of bright green leaves just budding from trees, we have nothing but brown and white.

We've gotten something like 14 inches of snow in April. April, I tell you! Normally we have spring rains, and little puddles and those dirty nasty snow piles that are remaining from the winter's snow,  not curb-to-curb snow that requires shoveling and snowblowing.

The Minnesota Twins have already played 20 games into their regular season. It seems surreal to be playing baseball in winter, because that's what this is, full out winter. We had several "winter storm warnings" with dire predictions of freezing rain and snow, which unfortunately came true. Short-sleeved shirts and open-toed shoes are still in storage. Winter coats once stored away in a fit of optimism were dragged back to the main coat closet a day later.

In all honesty, it's pretty. The snow has been heavy and wet, which means it sticks to the trees for hours before finally sliding off in a sloppy, slushy mess. It makes for frosty blue and white landscapes. 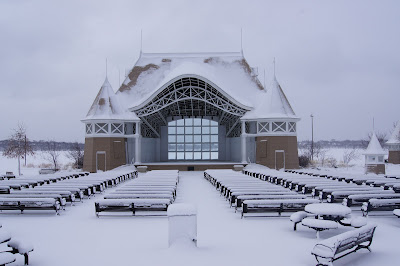 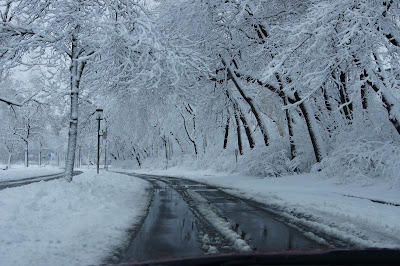 I took the above photos on Friday, April 19th, after an overnight storm dumped about 6 inches of snow. I thought that I'd better capture the beauty of the lake and snow covered trees, it was sure to be the last snowfall of the year. Most of our winter snow is too dry to stick to the trees, so the aftermath is nowhere near as pretty as this one was. 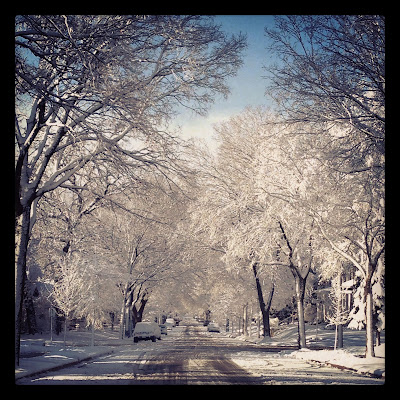 I took this one four days later on April 23rd, after yet another overnight snowstorm dropped another 3 or 4 inches on us.

Are we done yet?

I'm done with the boring topic of weather.

Email ThisBlogThis!Share to TwitterShare to FacebookShare to Pinterest
Labels: Weather

Ruminations on Yet Another Tragedy 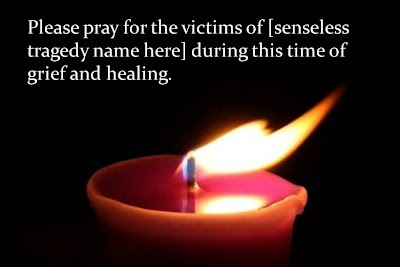 Frustrating because they happen so often. Domestic or international, terrorism is a now a part of the fabric of our country. Like it or not.

For those not close to the world of runners, for whom the Boston Marathon is just another marathon, let me reassure you it is not. The marathon takes place on Patriot's Day, a holiday which celebrates the start of the American Revolution.

Businesses in Massachusetts are closed on Patriot's Day, with the exception of the hospitality industry, which enjoys one of its busiest and most profitable weekends of the year. There is always a Red Sox home game on this day. And for the last 117 years, there is always a Boston Marathon.

Bombing the finish line of the Boston marathon is like bombing Disney World. It is an icon of the triumph of the human spirit over adversity. It is a mystical place, its blue paint an everlasting mark in the city every day of the year.

As with the Sandy Hook tragedy, I did not turn on the TV. I did not watch coverage. And after ensuring the safety of everyone we knew who was out there via a Facebook page, eventually I logged off of social media. Because people's reactions were...were...well, pick your adjective. Ridiculous. Attention seeking. Annoying.

The events of the afternoon were still unfolding when I saw the first graphic pop up, showing the Boston Athletic Association's logo and a "we will never forget" tagline slung onto it.

And then a candle. A skyline of Boston. All with words of sympathy and hope and "we will endure."

WHAT will we endure? We don't even know what's happening! This isn't a year after this event, it's CURRENTLY HAPPENING. Knock that shit off.

Let's get to what we know first, which is very little. Less than 24 hours later we now know that there were 2 bombs. Not four. Not seven. Two. They both detonated within a minute of each other two blocks from the other bomb's location, very close to the finish line. Early reports are that they were sophisticated in nature, and meant to create maximum human damage. Two people are dead and more than 140 injured. Federal, state and local investigators are actively pursuing this investigation and working together to find the perpetrators.

That's all we know.

Yes, it is tragic. Our family was there in Boston last year and our oldest was 8 at the time, the same age as the little boy who was killed. I feel for the families affected by this, and am terribly sorry that it happened. Let's not minimize their pain by creating graphics that go viral on social media before we have a grasp of the events of the day.

What touched my heart was the number of people who reached out to me throughout the day, either by text, phone, email, or stopping at my door, to ask if I knew people there. They know I'm plugged into the running community, even if I'm not a so-called runner, and I was so grateful for their personal inquiries as to the well-being of my family and friends. THAT meant more to me than any graphic. Thank you. You know who you are.
Posted by JennyF at 12:18 PM No comments:

In the Blink of an Eye 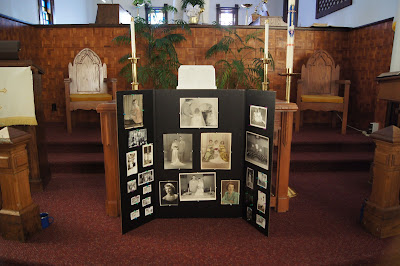 What a task, to fit a person's life on a piece of cardboard. 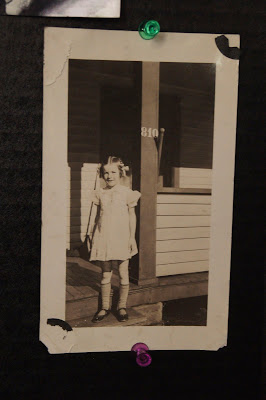 Once a little girl, the light of her parents' lives, a sister to her siblings. She grew into a young lady, graduating from high school. 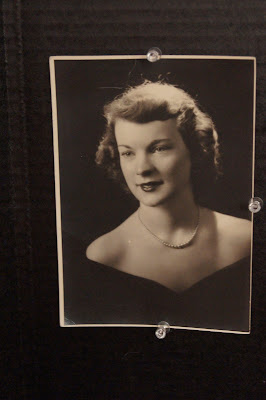 Then a bride, marrying the love of her life. 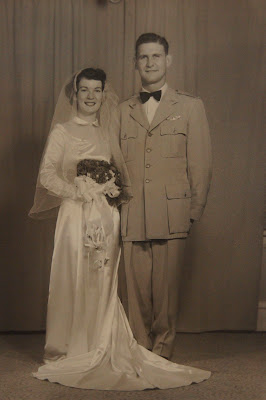 She became a mom. A grandma. An aunt. And so much more.

Her grandson described her as a "warm blanket you could wrap yourself in." She loved everything. She was always lifting up others and being happy for their successes.

And for as sad as an occasion as her funeral was, it was also a time of celebration that she graced us all with her presence for 82 years. I am sad for her four children who will miss her in their lives, yet I remember that this is as it should be: children should bury their parents. I have seen that role reversed too many times, and that is infinitely more devastating.

I am grateful to have had my Aunt Carol in my life. I am glad for renewed ties to her children and grandchildren, and for the time together to celebrate her spirit.