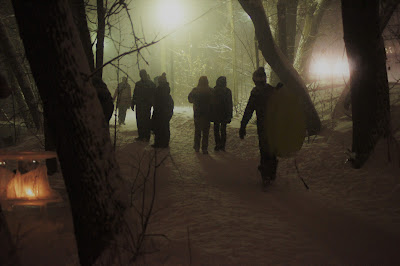 Just south and west of us is a creek that runs through a neighborhood from Lake Harriet. It's a part of the chain of lakes and is maintained by the city. But for one magical weekend in the winter, the neighbors take over.

Residents in this area began decorating the path along the creek with ice sculptures. It started out small — balloons that are filled with water, frozen and the balloon popped. Ice in a bucket that is turned upside down. Then it got a bit more elaborate.

Now it is a magical walk of all kinds of sculptures, lit with candles from the inside, protected from the snow and wind that would extinguish them. So my camera and I went for a stroll.

There were elaborate altars of ice, decorated with candles and lit from inside. There was an incredible miniature castle, about the height of a four-year-old who stared at it in amazement.  The path was lit with little balls of icy light. Snow was falling steadily, making streetlamps in the area hazy with an otherworldly glow.

The path was busy with many families out to see the sights. People were polite in making way for others along the path. Dogs were petted, children smiled at, and strangers struck up conversations. A group of adults chatted about whose house they were heading back to for a warm toddy after their walk.

Yes, the sculptures were beautiful to see, and the ducks on the open water, huddling together with snow gathering on their backs. But the most beautiful experience of all was that of community in this special little creek. 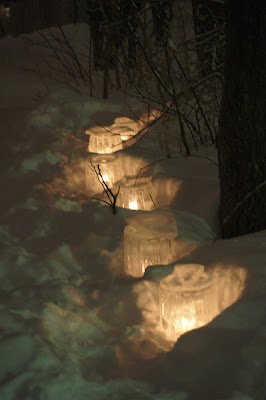 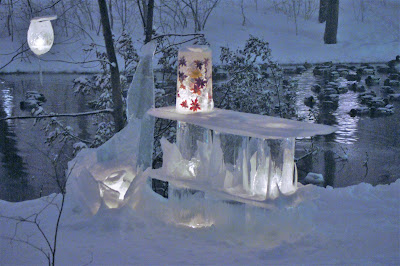 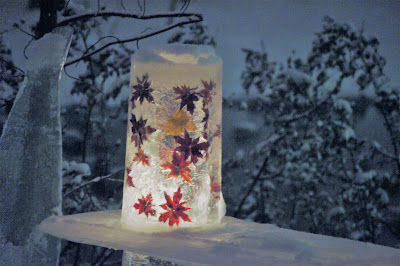 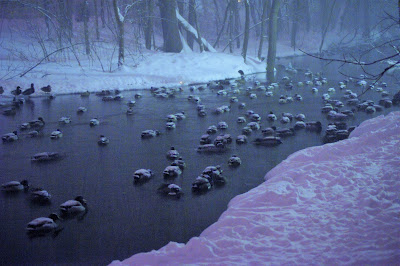 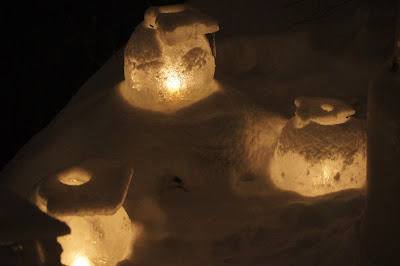 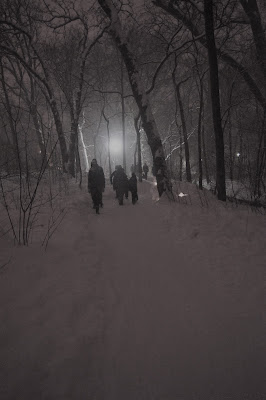 Posted by JennyF at 9:45 AM No comments:

This year Marissa will be turning 13 and we will officially have two teenagers in the house. Sure, it feels like we've got two already, but technically Marissa is still a "tween."

While Marissa was once our messy child, she has somehow come to appreciate order and cleanliness. Every morning she makes her bed before school. Clothes are actually put in a hamper, not strewn around the floor like they were when she was 7, and if you were to open the drawers in her desk you would find cosmetics and toiletries neatly arranged.

Yet there is still one throwback in her room taking her back to her childhood. Tucked away between some of her fluffy pillows is "Sheepy," the stuffed animal she slept with from babyhood on. I know she still sleeps with it, because sometimes in the middle of the night I hear the tinkle of little bells as she turns over with Sheepy in her hands. 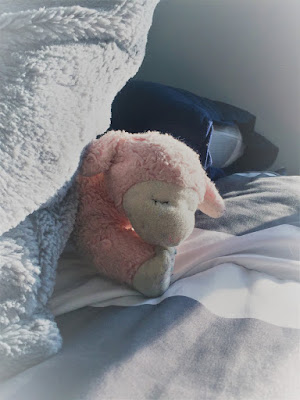 So sweet.
Posted by JennyF at 8:06 AM No comments:

Email ThisBlogThis!Share to TwitterShare to FacebookShare to Pinterest
Labels: Childhood, Growing Up, Marissa

Marissa was given the opportunity to perform at Viva City, a celebration of music and dance put on by Minneapolis Public Schools. Lindsey had the same opportunity in 7th grade, and truly loved the experience of seeing and hearing from so many different schools across the city.

This year they were able to perform at the Guthrie Theater — the Guthrie! Marissa did not even know what it meant to be performing there.

The night began with a rocking drum line, made of boys and girls, thank you very much. Bands and orchestras, then choirs. Unfortunately we had to leave at the 2nd intermission, so we did not get to see the theater and dance performance troupes, which I remember as being impressive.

I loved how supportive the crowd was. If there was a beat, there were people clapping along. The acoustics were challenging as they were in a large theater and the accompanying instruments came through the sound system, but they had not put microphones over the singing groups, so most groups were drowned out by the instruments. Students were unaccustomed to singing to such a large audience; I could see each of the directors encouraging their students to be louder, louder, LOUDER!

I'm so glad that both of our daughters had this opportunity to see music from other groups, and to showcase their talents as well.

Posted by JennyF at 7:56 AM No comments: 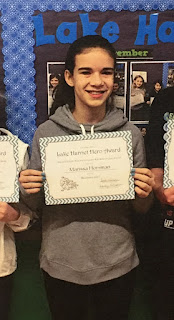 In December Marissa was awarded a "HERO" award at her school. This is given to students who embody kindness, respect, encourage learning, all those traits that don't show up on standardized tests or in a report card. You know, the important stuff.

Marissa made out like it was no big deal — some teachers choose a student at random in their classroom, while others thoughtfully ask students to nominate classmates who have displayed rare kindness, then make their selection from that pool.

I could probably get a bumper sticker that says, "My child is a HERO in middle school," but instead, I'll tell a story that shows why Marissa is deserving of this award.

One day, Marissa and I were walking to a store together when she said the following to me out of the blue. As soon as we got home I wrote it down, so this is verbatim:

"You know, Mom, I was just thinking about how much Lindsey's been sick, and how much time you've taken off of work to care for her and stuff. And then I was thinking about when I was a little kid, and if I was sick and couldn't go to school and you or dad would stay home with me. I never even thought about the fact that you couldn't go to work, or that you gave up that day just to be with me. I don't know if anyone's ever thanked you for that, so I just wanted to say 'thank you.'"

And then a little snow got into my eye.
Posted by JennyF at 6:47 AM No comments:

Email ThisBlogThis!Share to TwitterShare to FacebookShare to Pinterest
Labels: Growing Up, Marissa

You have never met a pitbull so scared of the smallest things, yet unafraid of the biggest.

She will play with dogs twice her size with no hesitation. Yet today, when I popped bubble wrap near her, she practically crawled into Lindsey's lap, ears down and tail tucked, looking for protection.

Beauty is so eager to please, she wants to do whatever you tell her. If she doesn't know what you're asking for, she will gaze at you until you give her a signal as to what it is, or she'll run through her usual tricks until she does one you'll reward with a treat.

She is not allowed to eat until we tell her she can. I'll put her food down, and she'll sit there and look at me for permission. If I wait long enough, two lines of drool will begin at the corners of her mouth, but she still won't eat until I say, "OK."

So instead I'll say, "Oh my," or "Oh...klahoma," or anything else, but until she hears, "okay," it remains untouched.

If we drop food on the floor, she'll look at us for permission to eat it, she won't just leap for it. A few times she started to gobble it, then Lindsey said, "Drop it!" and she actually spit it back out. She Spit. It. Out.

She recently completed a four-week recreational agility class with Lindsey. She was always too excited to see the other dogs (a no-no while training), but once she hit the course she was ready to run and eager to do exactly what Lindsey told her to do.


She is a running buddy for Wayne, a source of cuddles for Marissa and I, and has become Lindsey's constant companion. As what happens when you rescue a dog, she rescues you back.
Posted by JennyF at 6:22 AM No comments: