The President We Needed 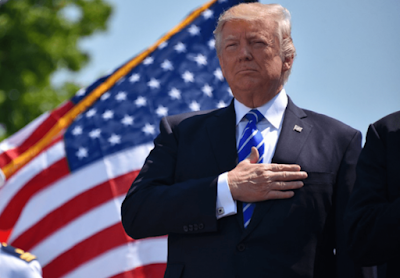 On Wednesday, November 9, 2016, I tearfully awoke my daughters to the news that the lead that Donald J. Trump had held the previous night never flipped, and he was elected president of the United States.

But over the course of what I can only describe as the most troubling four years of a president's administration, I have to admit she was right.

With one of their own in the highest office in the country, white supremacists came out of the woodwork, chanting "Jews will not replace us!" and re-igniting the flames of hatred that had been felt in their hearts but rarely spoken in the decades since the Civil Rights movement. Sadly, BIPOC people felt the wrath of this movement with even more dark-skinned bodies murdered at the hands of police, more violence inflicted upon them. Trump's rhetoric in calling Covid-19 the "Kung Fu flu" has resulted in a rise in hate crimes against Asian-Americans. He spoke the words — they are out there, and his followers responded enthusiastically with their actions. 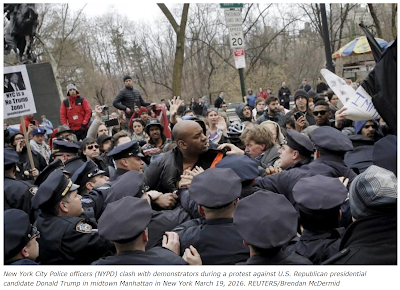 Now we can begin the work.

We cannot change what we cannot see. Now we see the racism that lives in the hearts of many Americans. We see it plainly. It had simply gone underground, it never went away. Over the course of decades it was quietly written into our health care policies, our social welfare policies, our criminal justice system.

We would have never known the work we need to do with Hilary Clinton as president. But with Trump, now we see what needs to be done. We need to re-write health care policies, social welfare policies. We need to unravel our criminal justice system from the bottom up and re-build it.

At a national level, at a state level even, the work seems daunting. What impact can I make to change the world we've built? I'm just one person.

My answer has been to start local. I became involved in social justice movements here in Minneapolis, showing up to support groups like Justice for Jamar Clark, Black Lives Matter, Native Lives Matter, Poor People's Campaign, and others. These are opportunities unique to me as a resident of Minneapolis, a city at the heart of the movement after the murder of George Floyd.

I recently joined the Racial Equity committee of the Fulton Neighborhood Association. I can learn how to address racist speech and ideas by educating myself on how to have a civil discussion with someone with whom I disagree. And I can support local and state candidates who put the needs of BIPOC communities first. Yes, first. Because they have been on the back-burner for so long, we need to prioritize writing policies and legislature that work as well for these communities as for White communities. Too much is currently in existence that not only does not support them but actively works against them. This fact sheet (pdf) from the Poor People's Campaign succinctly outlines the disparities in the state of Minnesota.

If you are interested in doing this work yourself, here are some places to start:

1. Join the Braver Angels email list, read and learn. Braver Angels is working to de-polarize politics by teaching people how to disagree civilly. They host debates between people of opposing sides of an issue and moderate discussions using techniques to find common ground while still disagreeing. If you're a podcast listener, take a listen to their "Braver Angels" podcast. Start here, with their debate between Bob Woodson, veteran of the Civil Rights movement, and Hawk Newsome, co-founder of Black Lives Matter New York.

2. Learn about the Black, queer, feminist lens. You can start by reading "Unapologetic" by Charlene A. Carruthers. Or, if you aren't going to read a whole book about it, read this interview. By evaluating a movement's work through the lens of a Black, queer, feminist person we can ensure that the work being done improves the life of anyone within that intersectionality.

3. Change happens at the local level, so look there for opportunities. What can you do to make your own neighborhood or city more welcoming to more people? Are there organizations or groups that are doing this work? What talents do you have that you can bring to the table? Or, if there aren't any groups doing this work, how about starting one?

4. Pay attention to local politics and institutions. Does your child's school have a policy supporting their BIPOC students? What steps are they taking to ensure equal treatment of a diverse student population, or...if the population is not diverse, what are they doing to expose students to the issues that face children of marginalized groups? How does your city government work? Is there adequate representation of populations? If not, can you support a candidate who supports BIPOC communities? Would you campaign for that candidate?

Please join me in awakening our nation to the disparities that exist in our country. It takes more of us working at every level to make change. 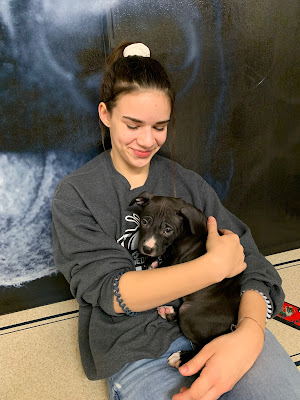 Yesterday was Day Two of a tension headache for me. I get these occasionally, more often after a car accident in Sept of 2019. It's the kind of headache that over-the-counter painkillers only touch mildly, turning it from excruciating, debilitating pain that would keep me in bed all day to a constant ache, making it difficult to concentrate and sapping my energy.

I was scheduled to attend a conference via video stream all day yesterday. I made it through the morning but after the lunch break I couldn't bring myself to stare at a screen again. I laid down for a while, later getting up to try to get a few things done.

Marissa was off school this particular day due to school closure to prep for in-person instruction the following week. She'd been having a difficult time of late — February is a hard month for her, with our dog being put down in February of 2014, and her friend dying by suicide two years ago. She dreads February and I understand why.

But off we went to Target with her behind the wheel, getting some driving practice. She spent time in her favorite sections while I got some things at the pharmacy, the grocery area, returned something at customer service, and checked on an order in the order pick-up area. We left about 45 minutes later with a single bag of items, not bad for a Target run.

I don't think I've ever known someone so intuitive, emotive and thoughtful all at the same time. What an unbelievable kid.

Posted by JennyF at 8:01 PM No comments: