The Fun Of Flying Kites

In the winter, the natural parks in the Twin Cities quadruple in size. The lakes freeze over and become a winter play land for all the residents.

Today was the Lake Harriet Kite Festival, an event I've often learned out about too late, after we already had other plans, or when the weather was so bitterly cold that we didn't brave it to attend.

This year, it was a balmy 29 degrees, cloudy with a brisk wind. Perfect kite-flying weather in Minnesota.

Marissa and I dropped Lindsey off at a sleepover, made a little stop at a Caribou for some treats, then headed to the lake. We pulled snow pants and snow bibs over our clothes, tightened up the laces on our winter boots, pulled our scarves up and our hats down and headed out.

Even at 29 degrees, it feels much, much cooler when you're standing on an ice-covered lake.

Marissa has never stood on a frozen lake before. She was nervous about whether or not the ice would hold her, but when she saw the hundreds of people on the ice, she stepped right on.

It took her a while to get comfortable, but eventually she and I were down on a bare expanse of ice, peering through the darkness and trying to see to the water. We admired the geometry of the cracks and speculated as to how deep they went. She grew more confident the longer we were there. She went from not wanting to go to this event to not wanting to leave. 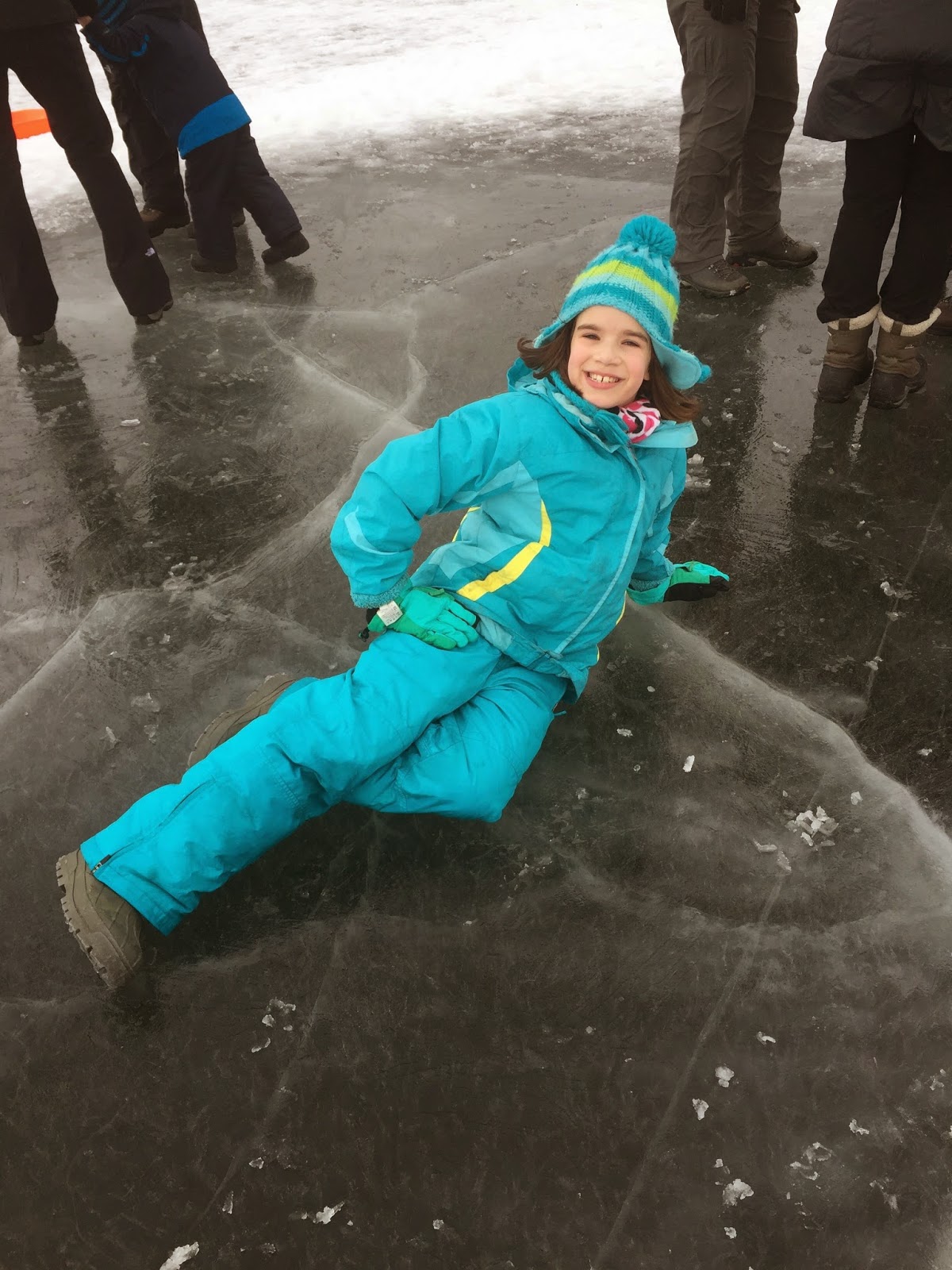 The hit of the day was a huge black fish kite with rainbow scales. I think it was about 12-15 feet in length. It took a lot of wind to keep it aloft, which meant that it often dragged just above the crowd and crashed to the ice, to the great excitement of the kids who would rush to it to touch it. It swept along the crowd and surprised many by lifting up along the back of their jackets. They would turn to see who or what had touched them, only to see a great expanse of a black tail swooping upwards. 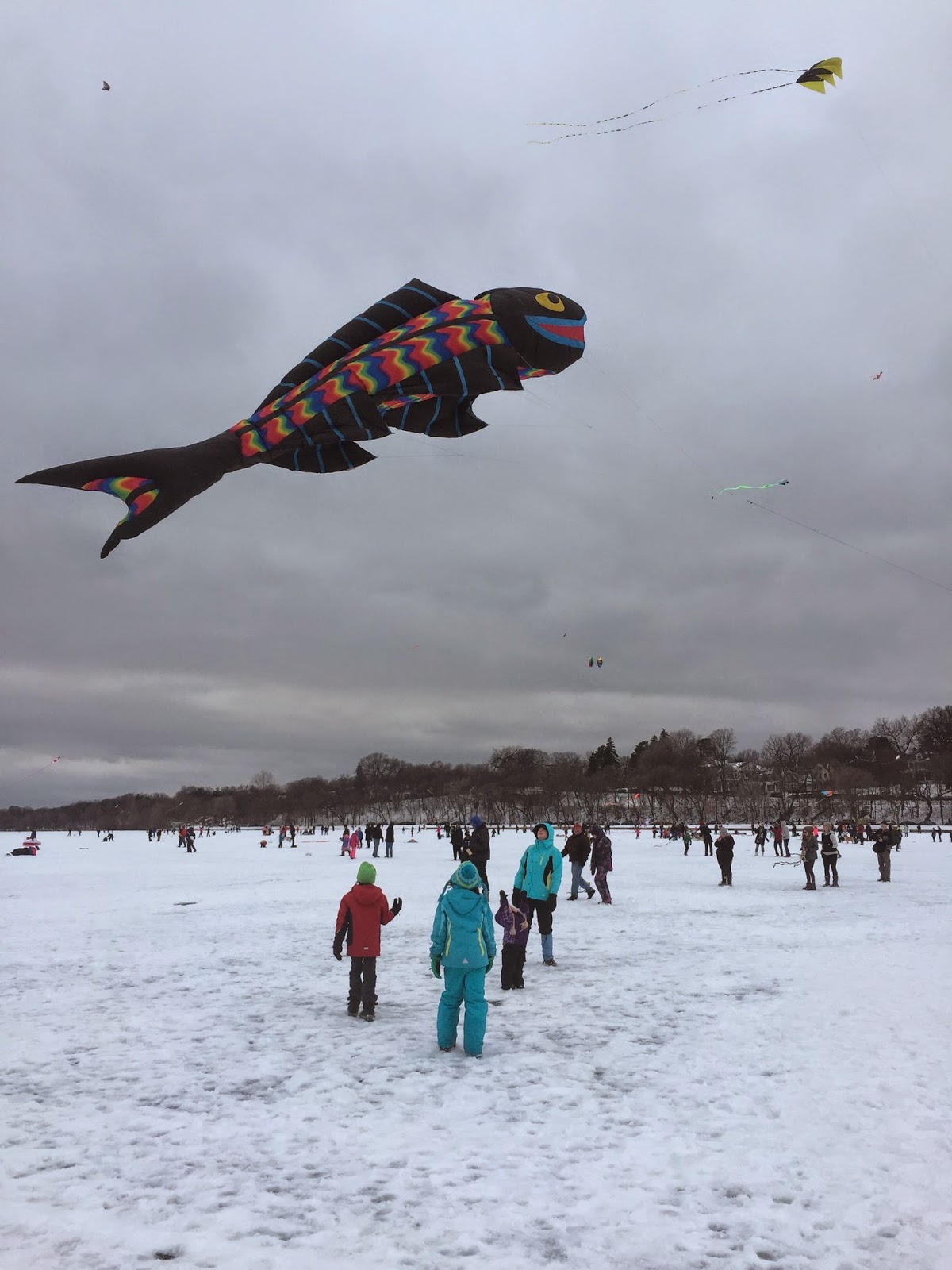 This fish -- what a great exercise in community-building! Its owner was an elderly gentleman who was limping slightly due to a fall he had taken earlier on the ice. "I'm not gonna be able to move tomorrow," he told me, "But I gotta stay out here, the kids just love this kite,"

So he would untangle and pull on the strings after a particularly embattled crash, while one of the adults (usually a parent) would hold the fish's mouth open until its body filled with wind. Then it would ever so slowly lift to the sky, sometimes to swoop and come back down again, other times to take to the air and look like it was swimming.

I thought we'd spend a half an hour there, we ended up spending nearly three.  What a wonderful afternoon.

Posted by JennyF at 9:20 PM No comments: