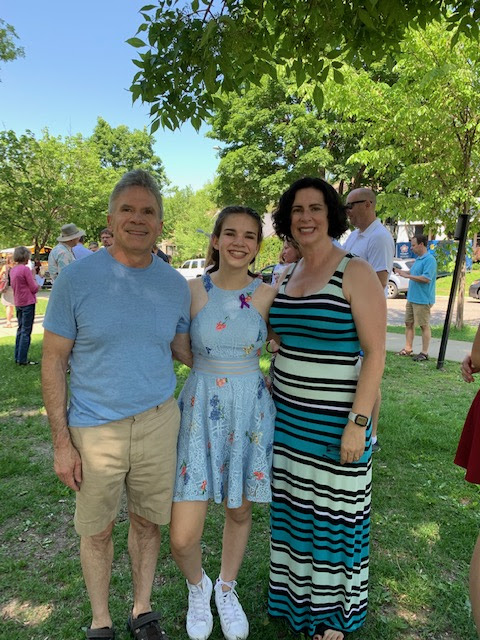 I am woefully late in writing some updates on our dear Marissa, who surprises and amazes me every day with her incredible spirit.

Marissa graduated from 8th grade this spring, ending her 9 years at Lake Harriet Community School and our last year as a Lake Harriet family. 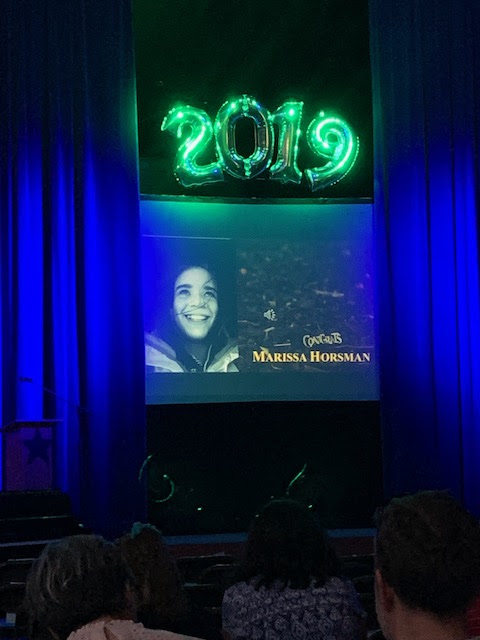 It was a bittersweet ending to a difficult year after a classmate of hers committed suicide in February. The last four months of school were exceptionally difficult — Aria's empty chair loomed large in so many of Marissa's classes, including her homeroom (called advisory these days). She and Marissa had been good friends in 5th grade, even though they traveled in different circles at the time of her death. At the recognition ceremony Marissa and her classmates wore purple ribbons in memory of Aria, whose family attended the ceremony.

Marissa has always made new friends every year of school, sometimes gravitating back to friends she had in earlier years, other times making new friends she never knew before, even though they'd spent years together in the same school. Other times she made friends with kids who were new to the school, making them feel welcome from their first days in class. After the ceremony she gave hugs all around to all her friends, new and old, promising to keep in touch even though she'd be going to a different high school than most of them for high school.


As summer is ending and we are looking forward to fall, she is preparing to attend Eagle Ridge Academy, a charter school that teaches classical education. "Classical" education means she is required to take 4 years of Latin, she has a "Humanities" class instead of history and language arts, and will begin reading historical accounts from the beginning. Like, ancient texts: Virgo, Euripides, Homer. She's been to the school recently for a new student orientation and a "meet-your-teacher" night where they took school portraits before the school year even began. By the end of the new student orientation she had made two new friends and was looking forward to seeing them on the first day of school.

She is thoughtful, caring, concerned for others. A few weeks ago she and I were shopping in Uptown. We were approached by a woman who asked us to help her get something to eat, she had no money and was hungry. If I'd had any cash on me I would have given her some, but unfortunately I didn't and I had to turn her down apologetically. Marissa felt so badly that we couldn't help her, she asked if we could go to the ATM at the nearby Cub Foods to get some money so that if we saw her again we could give her some. I obliged, of course. We walked the same route back hoping to run into her again but didn't — Marissa was disappointed and the rest of the day wondered if she'd gotten anything to eat.

I am sad that our time together is coming to an end as summer ends, but I am excited for the school year ahead of her. ERA keeps talking about how rigorous their academics are; I get concerned that it may be overwhelming for Marissa, who has never gravitated towards school for purely academic reasons but moreso for social ones. If schools could measure and value a student's compassion, empathy and thoughtfulness, Marissa would be top of her class. Still, I know she will do well, she is a smart kid who takes her time to think things through. I am hopeful that ERA will be the place where she can grow and learn at her own pace.
Posted by JennyF at 9:02 PM No comments: