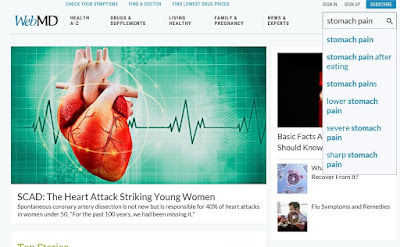 How ironic that I just posted about solving Lindsey's tummy troubles and trying a dairy-free diet. I wrote in such hope that perhaps dairy-free would be the answer, while also wishing that it wouldn't be because this Wisconsin girl finds dairy-free cooking/eating to be exceedingly difficult.

What's more difficult is taking the day off work to spend 5 hours in the ER with your daughter who cannot eat a thing without pain.

She missed school on Monday due to diarrhea and a stomach ache. She didn't eat all day, ate dinner with us that evening, and spent the evening curled up in a ball in agony.

I was hoping that a good night's sleep would help (now I ask myself, "help what?"). She awoke late Tuesday morning groggy, having not slept well due to a stomach ache all night. I couldn't coax her to eat until 11:30 or so. She had a brunch of a fried egg, gluten-free toast with jam, and a small side of potatoes. Granted, not the most balanced meal, but not the worst thing I've seen 13-year-olds shovel in their mouths.

She went up to her room and 20 minutes later I checked on her. She had beads of sweat on her forehead and was rolling in her bed in pain. She probably would have thrown up had it not been for her fierce aversion to vomiting.

We were in the ER by 12:30 and discharged around 4:30, not bad for a major metro emergency room. After an X-ray and a blood draw, they determined that she has no blockage, no inflammation, no other exceedingly obvious problems that would cause these issues. We already had an appointment with a pediatric gastrointestinal specialist (which is pronounced "expensive"), but not until late March.

The good news? All the scans the GI specialist would want are already complete, and Lindsey's anxiety around a blood draw doesn't have to be dealt with in the near future.

The bad news? She went home from the ER still uncertain as to whether or not she could eat without pain. Sure enough, about 30 mins after her gluten-free, dairy-free dinner, she had a stomach ache and diarrhea. But she managed to keep it down and isn't losing weight.

I suspect we have more tests and screens in our near future. And, I'm hoping, answers and relief. 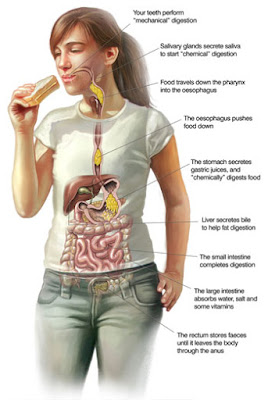 Lindsey has been dealing with on and off stomach aches for several years. When she was younger, we chalked them up to what most parents think -- nervousness or a desire to miss a school day.

In the past couple of years they've become more troublesome and frequent. Lindsey noticed that she was often feeling bloated after eating pasta or breads. One evening I watched her gobble a plate of spaghetti and not even 10 minutes later she was groaning with a stomachache.

I recommended that she try cutting gluten. The stomachaches had finally gotten bad enough that she was willing to cut out her favorite food; pasta.

We found a decent gluten-free pasta, and I started substituting GF flour for regular flour in my cooking. It took a few tries but we found a decent GF bread. Her stomachaches got better, fewer in frequency and not as severe.

She's been gluten-free for 18 months, and for most of it her stomach troubles have been better. That is, until recently.

In the past six months or so she's been having issues again. One day she stayed home due to a bout of diarrhea in the morning. She felt better by noon so she went to school, only to have an accident at recess. I felt so badly for her.

Once again, we wondered if the stomachaches were due to stress or anxiety, but the very real physical symptoms were not at the same time as her stress. She would be working on a big school project, complete it and turn it in, and the following week be out with terrible tummy troubles.

I took her to an integrative medicine physician, who recommended that she take probiotics and switch to whole milk from 2% milk. (Really?) I took her back to the pediatrician recently who weighed her and measured her, and determined that she is gaining weight and growing, which is all good. By the time of this appointment Lindsey reported to her that she was getting a stomachache every afternoon after lunch. Every single day. I would think that knowing that you're going to be in pain after eating would keep you from eating at all.

The pediatrician recommended that we try cutting out dairy as well, knowing that Lindsey had a milk allergy as a baby. On our way home from the doctor's office we bought almond milk, vegan butter and a new probiotic to try.

It's been one week, and Lindsey's had one episode, but for the most part has been feeling well. In the meantime, I am struggling to create gluten-free, dairy free meals the entire family will eat. I made mashed potatoes the other evening with almond milk, and while everyone ate them, they tasted gritty to me. A favorite recipe of ours of chicken with a white wine and sour cream sauce turned out too tangy because there was no dairy to cut the acidity of the wine.

I am hoping that this will be the beginning of the end of her GI troubles. In the meantime, we're all eating healthier, less processed foods.

Posted by JennyF at 4:10 PM No comments: