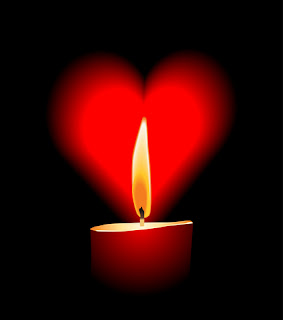 Last week I attended a funeral for a child.  I hope to never have to do that again.

This child was 13, a classmate of my youngest, and had taken her own life. As if that wasn't devastating enough, no one — no one, not teachers, family, friends — had any idea that she was suicidal. Friends knew she had been depressed recently, but no one had any idea that she was having thoughts of ending her life. She grew up in a large family with many aunties and cousins, a loving mom and grandparents. She was a talented artist, musician and beautiful in so many ways.

It's difficult to guide your children through grief when you yourself need to process as well. There were some things said at the funeral that really touched me, and I wanted to get them down.

One of the minister had the following message (I'm paraphrasing):

After someone takes their own life, the survivors are left with the question "Why?" Many came to the funeral feeling grief, or anger, or confusion, or any combination of these things. Why? The truth is, we may never know why.

I took comfort in this, in part because I had been through every one of those emotions in processing the idea of a 13-year-old taking her own life. And...I took comfort in letting go of the "why's." They weren't mine to discover or know, I could let go of them.

During the beautiful euology that one of the aunts shared, she talked about Aria's suicide.

Look around this church, see all the people who loved and cherished her. If only she could see this. But she was 13. She didn't understand the finality of her actions. She didn't have the life experiences to know that pain is temporary. Pain ends; it molds you, it can shape you and make you stronger, and it always goes away. She didn't realize that, and she only saw one way out of her pain.

I've been mulling this one over since I heard it. I never thought of pain as temporary, but it is. It will ease with time, with help from others, with treatment. I have great sympathy for people who live with chronic pain, though I suspect even that pain goes away at times, in the same way that it flares.

The last minister said a message that was difficult to hear, which is that suicide is a sin, in that God's commandment of "thou shall not kill" also means you shall not kill yourself. But he said it is a forgivable sin, as this girl was a child of God, baptized in the church and a follower of Jesus. I still find this hard to digest, because I do not believe you need to believe in Jesus to see God, but that's a thread for another day to follow.

He also said, "Aria was not perfect." This was jarring to hear after hearing so many people recount her many wonderful traits. "But I can say the same for everyone in this room, myself included. No one is perfect. We are created in God's image, but we are human and have our flaws. That is why forgiveness exists, to forgive ourselves for our imperfection."

The music was beautiful, the many messages were heartfelt and incredible. During the time of remembrance they played a video that her good friend had made of various classmates giving their final wishes to Aria. The minute it started people around me began to tear up, just to hear these young voices saying good-bye. Marissa was included in the video and had quite a long clip. I could hear her quietly sobbing form where she stood with her friends while it played.

The final recessional song was "Stand by Me," but the twist was that it was a video of Aria playing her ukulele and singing the song. She had such a beautiful voice. Then the video stopped and the song was taken over by the pianist. What a touching way to end the service.
Posted by JennyF at 12:12 PM No comments: